Moving from customers to patrons 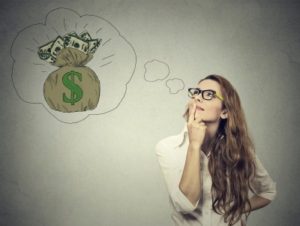 One of the most important drivers of long-term success for nonprofit organizations is having a solid financial model.  It’s often one of the primarily areas of focus when Corona assists organizations in the development of a strategic plan.  Typically, some combination of unearned income (such as grants or donations) and earned income (such as goods or services that people pay for) will yield the most stable foundation on which a nonprofit can thrive.

It is easy to be envious of nonprofits that derive significant portions of their revenue from earned income, but we at Corona have recently worked with a number of organizations that have found themselves on shaky ground because they almost went too far and lost sight of opportunities to generate broader support for their mission because their earned income programs were so successful.

When it comes down to it, the problem is when nonprofits think of their constituents as customers rather than patrons.  Just to emphasize the difference as we see it:

The problem with this is simply that nonprofit organizations exist to fulfill a mission, and simply selling tickets (or cookies) should be the means to that end – not the end itself.  Consider these issues that we at Corona have observed among some of our clients recently:

Again, earned income isn’t a bad thing and, in fact, is a vital piece of many nonprofits’ funding models.  However, nonprofit leaders should be careful not to become over-reliant on earned income to the point that telling people about the organization’s mission and impact isn’t necessary.  Don’t miss out on key opportunities to convert simple customers, who could go away simply due to cultural changes or increased competition, to patrons, who truly believe in your organization’s mission and will support you through the tough times.