As with any industry, it is important in market research to keep up with the latest thinking and practices by regularly attending workshops and conferences.  For this reason, members of the Corona staff can occasionally be found at conferences put on by the American Association of Public Opinion Research (AAPOR), Market Research Association (MRA), and American Marketing Association (AMA).  However, here at Corona, we have an additional challenge of keeping up not only on the latest and greatest research practices, but also on the issues most important to our clients.  For that reason, we also try and occasionally make an appearance at conferences focused on subject matters such as parks and recreation, traffic safety, and more. 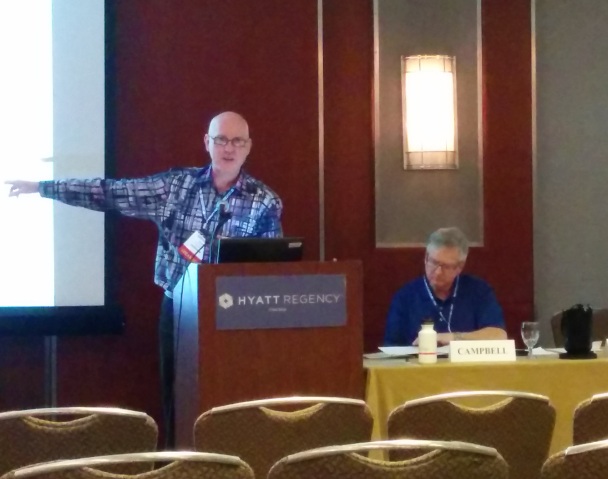 In March of this year, Kevin and I made the trip to Chicago to participate in this year’s Lifesavers Conference.  This conference has been conducted annually for decades and brings together individuals from around the country whose jobs are dedicated to keeping Americans safe on our nation’s highways.  The minds present at these conferences have been instrumental at making changes both legislatively and in communications with the public to dramatically reduce traffic fatalities over the years, including laws aimed at requiring child safety seats and punishing drunk drivers, and communications aimed at increasing seat belt usage, reducing impaired driving, and more recently, reducing distracted driving.

The things we learned at this year’s conference were enlightening to say the least, and it would require a whole series of blog posts to cover them all.  However, a few highlights included:

This year’s conference was particularly special for us, as Kevin had the opportunity to present the results of research we conducted with the Minnesota Office of Traffic Safety aimed at better understanding some of the characteristics of high-risk drivers (those who exhibit a combination of risky traffic behaviors, including drinking and driving, speeding, texting while driving, and not wearing a seat belt).  A few of the key findings of that research included:

Overall, the conference was a great chance to catch up on some of the things going on in traffic safety and lend our own expertise as well, so we hope we have the opportunity to attend again in the future!