Covid-19 by the numbers: Impacts on families and children 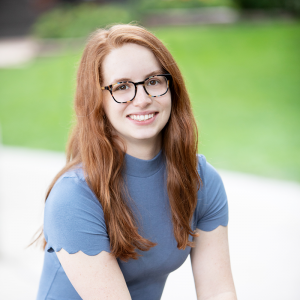 With Covid-19 cases on the rise again, mask mandates being reinstated, and concerns around the Omicron variant, families with children under 18 continue experiencing some of the greatest impacts of the pandemic.

As of this month, there have been over 48.1 million Covid-19 cases in the United States, with around 6.7 million of those having been reported among children. Whether or not you have personally been infected with Covid-19, no one has gone unaffected by the pandemic. While long-term impacts will likely remain unclear for some time, recent data has been published providing some insight into what families and children have been experiencing throughout the Covid-19 pandemic so far.

Paying rent or mortgage on time

At the beginning of the pandemic the US experienced record high unemployment. In April 2020, the unemployment rate hit 14.7%, the highest it had been since the Great Depression. Since then, we’ve seen the economy start to recover, though the road to economic recovery has been uneven, with experiences throughout the pandemic varying across sectors and demographics.

Having enough food to eat

At the height of the pandemic, when unemployment was at its worst, food banks realized a greater demand as millions were experiencing hunger. Data shows that food banks are serving 55% more people now than pre-pandemic, and recent estimates suggest that one in eight Americans could face hunger as a result of the pandemic.

Pre-pandemic, mental illnesses were already among the most common health conditions in the United States, with one in five adults in the US, and one in six children, living with a mental health condition. However, since the beginning of the pandemic, mental health has been impacted like never before. From increased isolation to greater feelings of grief, mental health has taken a hit among all age groups and all social statuses, and it’s been worse for economically disadvantaged groups and racial/ethnic minorities.

Among households with children in the US, just under one-quarter reported adults in the household feeling down, depressed, or hopeless. These concerns were slightly more prevalent among Black (25% of households) and multi/other race households (30% of households). Although not mentioned in the KIDS COUNT Data Book, children have also experienced adverse mental health impacts due to the pandemic. During the height of the pandemic, between March and October 2020, mental health emergencies rose by 24% for children between the ages of 5-11, and 31% for children between the ages of 12-17. Suicide attempts among girls between the ages of 12-17 also saw an increase in early 2021.

Note: If you or someone you know is experiencing a mental health crisis, you can reach out for help by calling the National Suicide Prevention Lifeline at 1-800-273-TALK (8255) or by texting the Crisis Text Line (text HELLO to 741741).

As we continue to live in the midst of a pandemic, we are starting to see data on the social, economic, and health impacts of Covid beyond the number of cases, hospitalizations, and deaths. With many households with children in the US experiencing economic hardship and increased mental health concerns, among other pandemic-related concerns not mentioned above, the road to recovery is still ahead.