Door-to-door, intercept, mail, telephone, online – surveys have evolved with the technology and needs of the times. Online has increased speed and often lowered cost of conducting surveys. For some populations, it has even made conducting surveys more feasible. 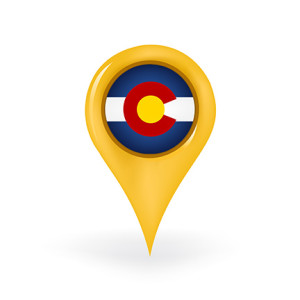 However, online surveys haven’t always been feasible in a city such as Denver or even statewide in Colorado.

(I should note here that we’re talking about the general public or other populations where we do not have a list. For instance, if we were surveying your customers and you had a database of customers with email addresses, conducting the survey online is almost certainly the way to go.)

Why it’s been tough until now

So why has it been tough until now to conduct public opinion research online in Denver, the Front Range, or even all of Colorado?

Unlike with mail, where huge databases of addresses exist, and telephone, where again lists or RDD sample can be generated, there is no master repository of email addresses or requirement that residents have one official email address. (Many of us probably have multiple emails – I personally have four outside of work.)

The market research industry’s answer to this has been to create databases, but unlike with mail and telephone where lists can be generated via public sources, email addresses generally have to be collected via individuals voluntarily sharing their information. In the industry, companies have specialized in doing just that – recruiting a lot of potential respondents to their online panel in exchange for incentives provided when they complete a survey. In addition to email, these companies generally collect some basic demographic information as well to make targeting more effective.

Now, let’s say a panel had one million U.S. members in their database. Sounds big, doesn’t it? Well, given that Colorado makes up less than 2% of the nation’s population, than means there might be 20,000 Coloradoans in their database. If you wanted Denver Metro only (about half the state’s population), that takes our max potential to 10,000. If only 10% respond to any given survey invite, the most respondents you may be able to receive is 1,000, and that’s before any additional screening (e.g., you’re only looking for commuters). That is simplified summary, but as you can see, it largely becomes a numbers game – you need a very large panel to drill down to smaller geography or subset of the population.

These panels are nothing new. Corona has been using them for a decade, but what has changed recently in our home market (and most smaller geographies around the country, for that matter) is that the panels have grown large enough to adequately supply enough respondents to participate in our studies. A few years ago, we could only do online studies nationwide, in regions (e.g., the west, south, etc.), or maybe in very large metropolitan areas. As panels and recruitment continued to grow, we were able to do general population studies (i.e., pretty much everyone qualifies as we don’t have additional criteria for screening), but not smaller segments of the population. Now, while we can still run into difficulty with really niche groups, we can conduct studies with parents, visitors to a certain attraction, and many other groups all within Denver metro or the Front Range.

Still, a note of caution

So, problem solved, right? Unfortunately, online panels come with some caveats. First, compared to a mail or telephone survey, when sample is randomly generated, the results are not considered representative as the sample is not random probability sample. (There are some probability-based samples for online panels, but they’re still in the “only big enough for nationwide studies phase” mostly.) Panels are typically designed to reflect the overall population in terms of demographics, but due to their recruiting method, can’t be considered “random”.

Other concerns need to be taken into account such as how quickly the panel turns over respondents, avoiding respondents who try to game the system just for incentives, and other quality control measures.

For these reasons, Corona still regularly recommends other survey modes, such as mail and telephone (yes, we still do mail!) when we feel they will provide better answers for our clients. Often times, however, online may be the only feasible option given the challenges with telephone (e.g., cell phones) and mail (e.g., slower, static content). Sometimes we’ll propose both to our clients and then discuss the relative tradeoffs with them.

In summary, online is a growing option for Denver and Colorado, as well as other smaller cities, but be sure to pick the mode that is best for your research – not just the one that is easiest.