As a firm with collective decades spent earning advanced degrees on top of our professional work with higher education organizations, we are not new to the issue of growing student loan debt. We’ve all heard the complaints about rising student loan debt in America. Many of them stem from uncertainties about the economic benefits for graduates and for society overall. Parents might ask – how will my student ever climb out of the mountain of debt they’re buried under when they graduate? Public officials might ask – how will these students be anything other than an impediment to national economic progress when “70 percent of college students graduate with a significant amount of loans” and “more than 40 million Americans hold student loans, and many struggle with repayment?” 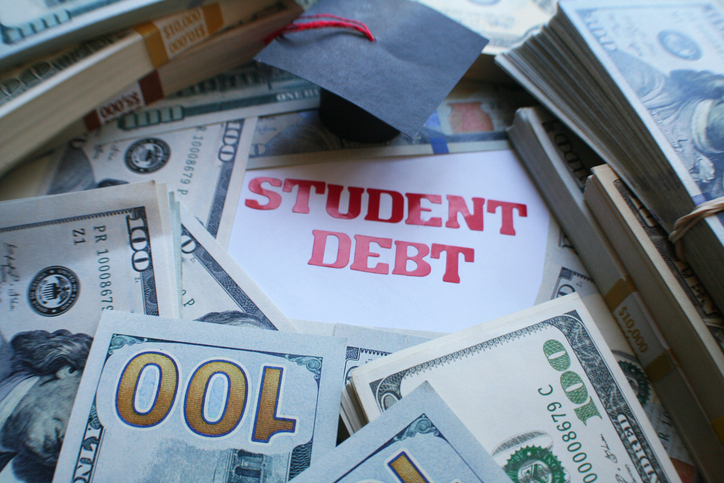 To be clear, this is not intended to denigrate the value of a higher education degree. As we’ve noted both in this blog series and in previous Radiance blogs, the evidence supports the long-term economic value for individuals and for society of a higher education degree. Instead, the goal of this blog is to shed light on the critical perspectives, shifting demands, and various approaches to solving the problems related to student loan debt in America.

From an economic perspective, not only does growing student loan debt potentially impact the career paths and outcomes of individual students, it also places a drag on the short-run of the American economy.  Indeed, over the last decade, student loan debt has more than doubled, growing from ~$500 billion in 2008 to a staggering $1.5 trillion in 2018. When graduates (even those with relatively high-paying salaries) are bogged down by heavy student loan debt, they spend less and they save less.

As we’ve seen when working with our higher education clients in recent years, students are increasingly focused on the return on their investment as they seek assurance related to their ability to pay off the debt they’ve incurred. This compels them to be shrewder consumers of the products of higher education; a potential benefit for both students as well as institutions of higher education. Students not only have to do more research into the services being offered across different institutions of higher education, they must think more carefully about personal finance and learn a few fundamentals, like what it means to default on a loan payment and the difference between a variable and fixed interest rate. Simultaneously, colleges and universities have been challenged by the career-related demands from students to be more innovative, distinctive, and societally relevant.

An alternative national approach to the burden of student loan debt is simply eliminating the costs of higher education altogether. Some countries, like Germany, have taken this approach by doing away entirely with tuition fees. Convinced of the long-term societal benefits for a highly educated workforce, Germany has invested in their students through overwhelming access to a higher education. Whether or not this approach will work, however, is still up for debate as some predict that, eventually, Germany will have to reinstate tuition fees to some degree.

Regardless whether the solution to growing student loan debt in America lies in policy, in higher education as an industry, in the shrewdness of students as customers, or in something else entirely, perhaps there is a silver lining in the burdens placed upon students and higher education as an industry as they are now. Namely, students have had to be considerably more intentional in planning for their careers while simultaneously new skills and financial fundamentals that set them up for success in the long-run. At the same time, colleges and universities operating in an industry that is notoriously slow to adapt to evolving societal demands have had to be innovative in their approaches to attracting students and persuasive in maintaining higher education’s vital civic role in society.

We hope you’ve been following along with the Corona Insights Higher Education blog series this quarter. This is the fifth post in the series – click here to see all of our posts on higher education and stay tuned for more.