The State of Higher Education: A Corona Insights Blog Series 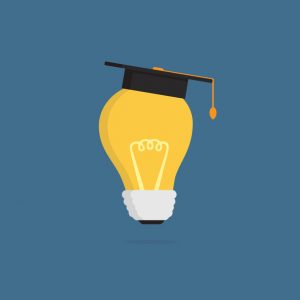 In 2011, Pew Research Center published a comprehensive report entitled “Is College Worth It?” that shed light on the primary issues within higher education, including cost and value; monetary payoff; views on the mission of colleges; student loans; and more. Despite the daunting title of the report, the survey results suggested that, overall, Americans in 2011 understood the benefits of higher education, as “an overwhelming majority of college graduates—86%—say that college has been a good investment for them personally” and that those with a college degree earn roughly $20,000 more a year than those without a college degree.

In 2014, Corona Insights considered the same question posed in the 2011 Pew report and similarly concluded, “Yes, that college degree is still worth the cost of attendance.” Gelling with the 2011 Pew report findings, the table included here shows a large gap in 2012 median wages between Colorado adults aged 30-34 with at least a bachelor’s degree and those without. As noted by Corona CEO Kevin Raines, the value of a college degree lies in the long-term financial payoff: “As a general rule, unless you plan to retire at 30, it’s pretty clear in this simple analysis that there’s a positive long-term financial payoff to pursuing higher education.”

Now, in 2018, higher education still contends with this question about the value of a college degree as well as a new slate of issues, including stout public skepticism, ballooning student loan debt, and the growing gap in access for low-income and minority students. In light of these issues (and others), the state of higher education in America is as fuzzy as ever.

A simple Google search of “higher education in America” demonstrates the complexity and the breadth of the issues facing colleges and universities today, as the search yields article titles ranging from “Higher Education Is Bad for America—Here’s How” to “Americans love higher education, just not their universities.” At a time when 58% of Republicans and Republican-leaning independents believe higher education has a negative effect on America, the average cost of college in America is higher than anywhere else, and student loan debt nears $1.5 trillion, higher education, as an industry, needs to be cognizant of these complicated issues as well as intentional and imaginative in responding to them.