Is your Neighbor an Engineer?

While Kevin has an engineering degree, I do not—my degree is in social sciences.  After reading Kevin’s blogs about income patterns of folks with engineering degrees, I was inspired to take a fresh look at degrees from a spatial perspective. I wondered where engineers are most likely to live, where social scientists are likely to live, and is there is a relationship between them?  What better place to explore than our own back yard.

Since Kevin and I both like maps, I pulled some data from the American Community Survey into our mapping software to take a look. The universe of this data is all adults, 25 years or older, who have obtained a bachelor’s degree or higher. 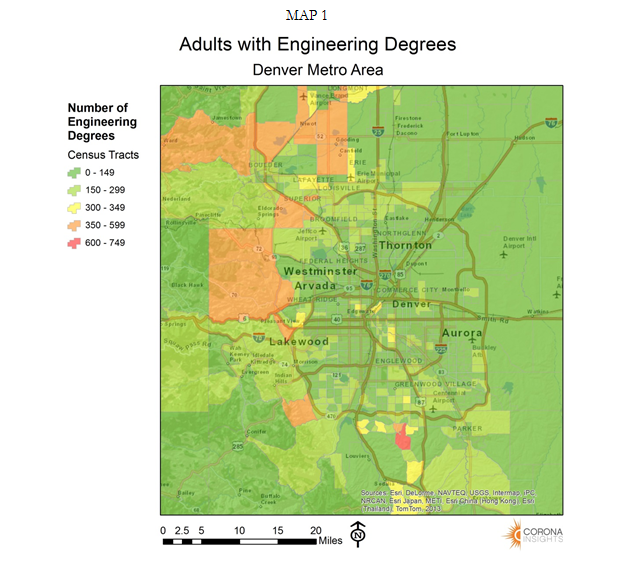 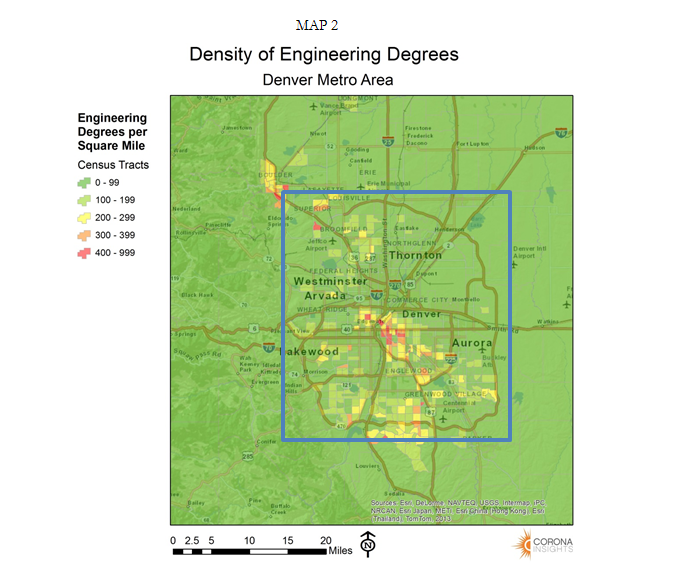 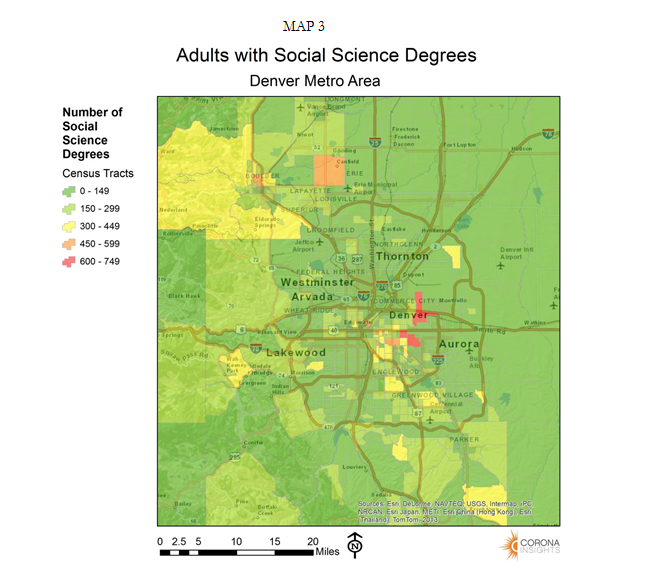 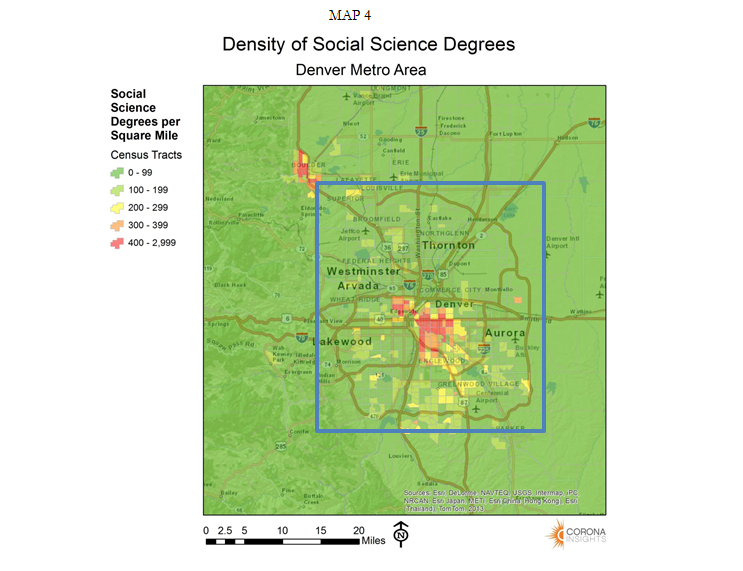 Does density play a role?  It appears so.  When looking at the relationship between degrees based on density (i.e., number of degrees per square mile), we see that the correlation is stronger than the correlation based on raw numbers of degrees.  This means social scientists and engineers are more likely to live in the same census tract in dense urban areas than in rural areas.

Now that I’ve answered this question, its on to my next project where I aim to prove that my proximity to a doughnut shop has a positive and strong correlation with my personal happiness.