A Look Into Other North American Census Questionnaires 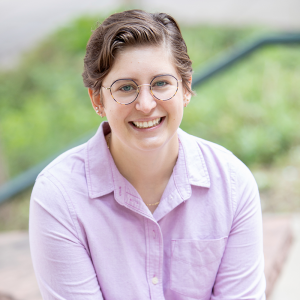 While we have all participated in our US Census, have you ever considered how other North American nations handle their census?

In accordance with the Constitution, the US Census is distributed nationwide every 10 years. Questions range from how many people live in a home to the relationships between each resident. There are multiple questions related to race & ethnicity included in both the basic and the long form of the questionnaire.  The US Census contacts individuals via mail, online, or phone. Then if enough time passes without it being returned, Census workers are sent to individual residences to ensure completion.

The government agency that manages the Mexican census is the National Institute of Statistics and Geography, INEGI by its name in Spanish: Instituto Nacional de Estadística, Geografía e Informatica. Population and Housing Census is the official name for the census in Mexico. Since 1895, the census has occurred and continues to occur every 10 years. It was disrupted for a short amount of time due to the Mexican Revolution in 1920. 2020 was the most recent national census in Mexico.

The basic questionnaire distributed is 7 total pages of questions. The first two pages of the questionnaire focus on the type of residence. It includes questions about utilities that are available (water & electricity), how many rooms the residence has, if there is a flushing toilet, and various other characteristics of the home. The next page is a list of everyone that lives in the household including any live-in domestic staff.

Following the list of occupants, there is a set of questions that pertains to each individual. This set of questions includes basic demographic information like age, sex, marital status, and place of birth. It also includes less typical questions like if the individual has any affiliation or right to medical services from various government departments. The questionnaire also asks about schooling, physical and intellectual disabilities, employment status, and literacy.

Unlike the US Census, there is only one question about race in the questionnaire. The question is, “For their ancestors and according to their customs and traditions, [NAME] is considered Afro-Mexican black or Afro-descendant?”. The answer options are “yes” or “no”. In addition to race the Mexican Population and Housing Census asks about religion. There is a question about Spanish proficiency and if the individual can speak any indigenous language.

The questions are repeated for each individual living in the household, and that completes the questionnaire.

The Mexican Population and Housing Census is conducted by interviewers going door to door. The questionnaire is not mailed, and all interviews are done in person. Over 100,000 interviewers participated to cover the entirety of Mexico.

Statistics Canada distributes the Canadian census. Officially called, Census of the Population, the census is circulated every 5 years, and data is released with a two-year lag. The first census was in 1871. 2021 is a census year in Canada.

The standard questionnaire from Statistics Canada contains primarily demographic and language questions. It begins with confirming the mailing addresses of the household in question. Next, the respondent is asked to include the names of everyone living in the household. Race and ethnicity are not asked on the standard questionnaire, instead, it is asked in the long form.

The final question asked is if the person ever served in the Canadian military.

While each nation goes about conducting their respective census a bit differently, the end goal is the same: count each and every person regardless of age, gender, race, or anything else that might make us different.