The Economics of Higher Education: An Interview with Jill Tiefenthaler, President of Colorado College 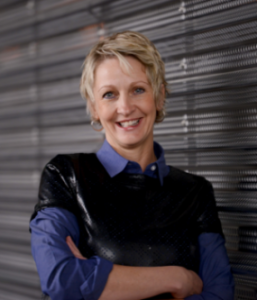 As Corona Insights explores the state of higher education, we turned to one of the experts in Jill Tiefenthaler, the 13th president of Colorado College. President Tiefenthaler is a leading scholar in field of the economics of higher education and has a thorough understanding of the key issues facing colleges and universities today. See our interview below:

I have a background in both higher education teaching and administration, which has informed my scholarship on the economics of higher education. After receiving my M.A. and Ph.D. in economics from Duke University, I joined the faculty of Colgate University, where I also served as department chair and associate dean of the faculty. Prior to becoming president of Colorado College, I worked as provost and professor of economics at Wake Forest University.

I’ve served as president of Colorado College since 2011. During my tenure, I’ve overseen a historic alliance that created the Colorado Springs Fine Arts Center at Colorado College, the development and implementation of the Building on the Block strategic plan, and the largest fundraising campaign in the college’s history.

My academic focus is on the economics of higher education, particularly in relation to the liberal arts. I published an essay on the economic challenges facing liberal arts colleges in “Remaking College: Innovation and the Liberal Arts” (Johns Hopkins University Press, October 2013). I also teach a course on “The Economics of Higher Education” each year.

On both an individual and societal level, education pays. A study by the Federal Reserve Bank of New York found that the economic returns (net of costs) to the individual of both a bachelor’s and associate’s degree are about 15% per year.

Beyond the individual benefits, there are many public benefits of higher education in terms of civic engagement and use of public services. Those with college degrees are more likely to vote, more likely to volunteer and have better health outcomes including lower obesity rates, lower smoking rates and increased frequency of exercise. They are also less likely to be unemployed or in poverty and more likely to have saved for retirement.

Over the past few decades, we’ve seen a reversal in how public college is funded. For example, in Colorado in the year 2000, the state funded approximately 2/3 of the cost of attending public college, and students paid about 1/3 in the form of tuition. Now, the funding structure is reversed, with students shouldering roughly 2/3 of the cost of college (Colorado Commission on Higher Education).

In Colorado, a significant factor in curbing state funding for education has been the Taxpayer Bill of Rights (TABOR), passed in 1992. TABOR limits the amount of tax revenue the government can collect and spend, essentially limiting the state’s ability to invest in the future. Although the economy is currently growing and there is greater demand for highly educated workers, Colorado cannot retain the revenue to increase spending on education.

I would say that these cuts in state funding have affected public institutions more than they have affected Colorado College as a private institution. CC only receives about 1% of its total revenue from state and federal funding, so we have long been a tuition-dependent institution. Our tuition has actually increased at a slower rate than public institutions in recent years, in part because we’re able to provide each student a subsidy from the college’s endowment and annual philanthropic giving beyond what their tuition covers. State schools are now having to operate more like private institutions, raising tuition and growing their endowments to compensate for the loss of government subsidies.

We hope you’ve been following along with the Corona Insights Higher Education blog series this quarter. This is the fourth post in the series – click here to see all of our posts on higher education and stay tuned for more.