Data visualizations and infographics have grown in popularity. More and more data is produced and our ability to absorb it in a meaningful manner has decreased.  By relying more on graphics and less on numbers alone to tell the story, the key message(s) can more easily be distilled. (Follow us on Facebook where we frequently share our favorite infographics.)

Cartography takes the infographic concept and applies it to maps in order to illustrate data by geographical region.  In recent months I’ve seen an increasing number of these graphics make their rounds. 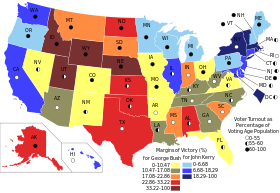 All three have their relative strengths and weaknesses. While I love the beauty of the proportional maps, I personally prefer the overlap map in most cases, or, if the data is simple enough, the choropleth map. What do you think? What makes the clearest sense to you?

To view other proportional maps on a variety of subjects, visit http://www.ghemawat.com/maps/.